NATCHITOCHES, La. – After two days of public interviews and on-campus meetings with four candidates, the Northwestern State University Presidential Search Committee voted to recommend Lisa Abney and James Henderson to the Board of Supervisors for the University of Louisiana System.  Plans are for the UL System Board to interview the finalists and select the new university president on Tuesday, Sept. 23, 2014, in Baton Rouge.

Lisa Abney is Provost and Vice President for Academic and 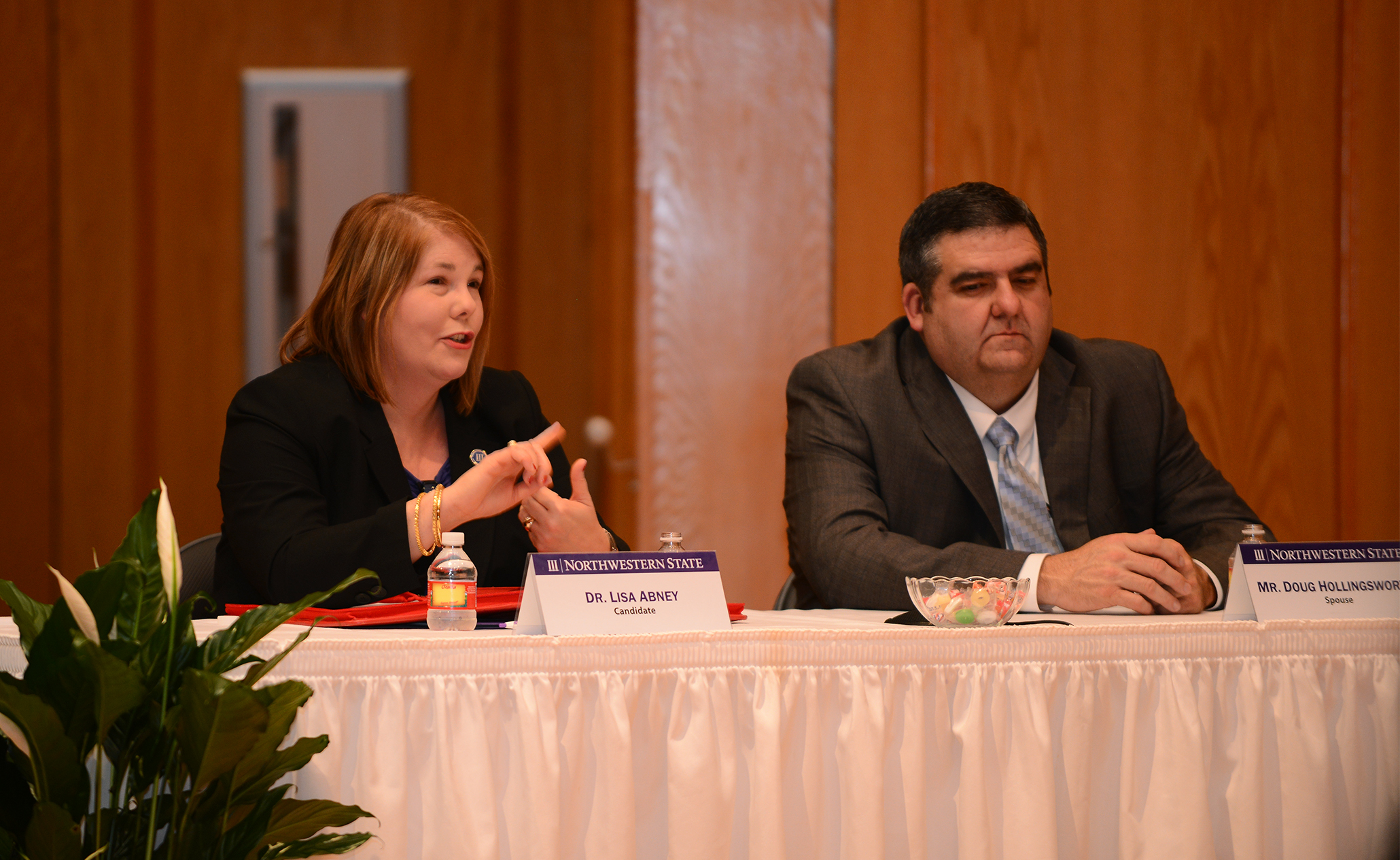 During her interview Abney shared her philosophy on leadership.  “The leader of this university has to be someone who can build consensus.  You have to share information when you have it and maintain visibility on campus,” she said. 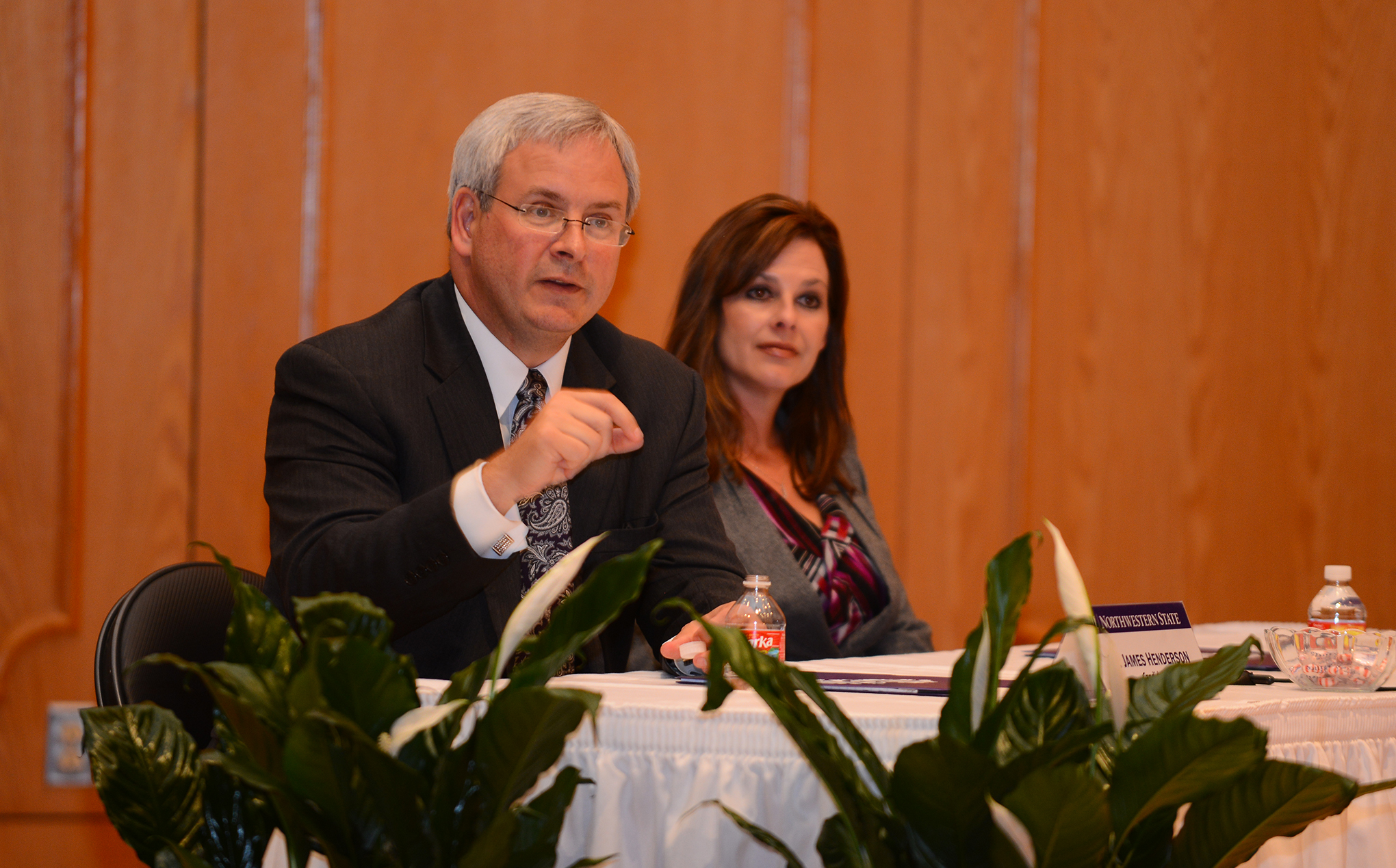 College.  Prior to becoming Chancellor, he served as Senior Vice President for Workforce and Economic Development at the Louisiana Community and Technical College System.  He has a bachelor’s degree in Journalism from Northwestern State, a master’s degree in Human Performance Technology from the University of West Florida, and a Doctor of Management from the University of Maryland.

During his interview with the search committee, Henderson spoke of being a servant leader.  “You have to be a champion of the university for the students you serve, the faculty, staff, and alumni.  One of the most important things you can do is add value to degree that have already come through the university,” he said.

The Board of Supervisors for the University of Louisiana System will hold a special meeting on Tuesday, Sept. 23 at the Claiborne Building in Baton Rouge (1201 N. Third Street, Baton Rouge, LA 70802).  Although the start time has yet to be set, plans are to hold back-to-back public interviews with the finalists, deliberate, and select the new president.  Plans are to webcast the meeting live.

ABOUT NORTHWESTERN STATE: Founded in 1884, Northwestern State University is classified by Carnegie as a Master’s Large University and by the Southern Regional Education Board as a Four-Year 4 institution, enrolling almost 9,000 students in over 50 degree programs.  In addition to the main campus in Natchitoches, the University has facilities in Leesville and Shreveport and offers instruction at other centers in central Louisiana.