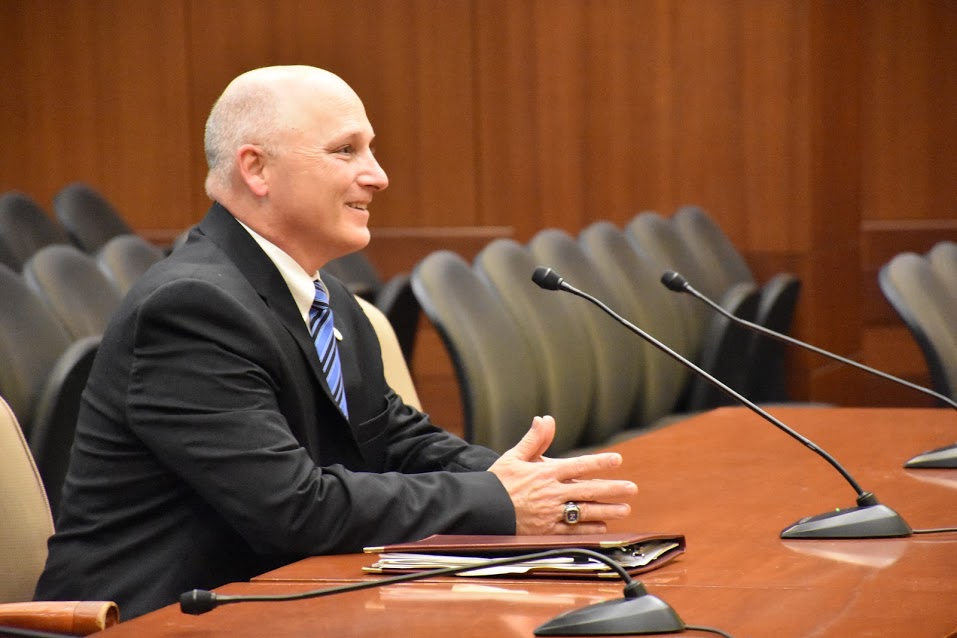 The UL System community descended on the State Capitol Wednesday for UL System Day at the Capitol. About 800 students, faculty and staff lunched with legislators and encouraged Louisiana’s leaders to invest in higher education. Additionally, the System’s university presidents had breakfast with Gov. John Bel Edwards.

“We are encouraged by the incredible turnout at this year’s ULS Day at the Capitol. Our legislature has the difficult task of prioritizing Louisiana’s budget and inviting our community here puts a face to our universities,” UL System President and CEO Jim Henderson said. “We look forward to working with our leaders throughout session to secure a stable funding source for higher education.”

The theme of the day, #InvestULS, reached nearly 300,000 people on social media.

MCFERREN SWORN IN AS UL SYSTEM BOARD MEMBER 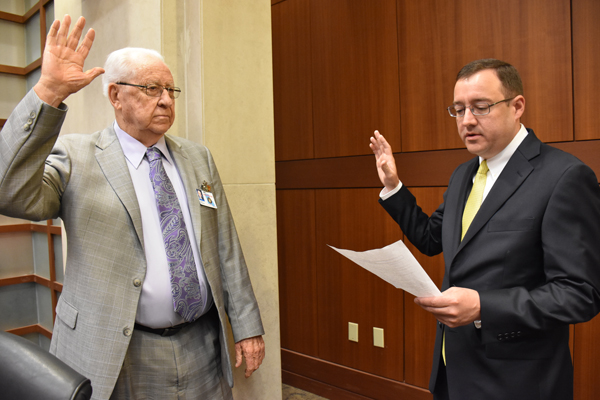 Johnny McFerren was sworn in as the newest UL System Board member. He was appointed by Gov. John Bel Edwards March 17.  McFerren, a resident of Stonewall, represents the 4th Congressional District.  He served as a state representative for 16 years. He is a retired teacher and owner of McFerren Real Estate. Jeremy Evans, DeSoto Parish Clerk of Court, administered the oath of office.

Finance Committee
Northwestern: approval to waive non-resident fees for any non-resident student whose parent has earned at least an associate degree from any regionally accredited college or university in Louisiana.

University of Louisiana System: approval to authorize a 5.75% employer contribution rate for employees in the Optional Retirement Plan of Teachers Retirement System of Louisiana, in accordance with Act 607 of 2014.