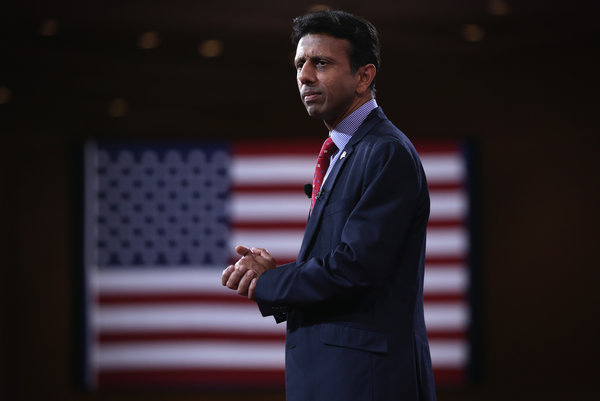 BATON ROUGE, La. — Facing a $1.6 billion shortfall and an entrenched structural deficit, officials from the administration of Gov. Bobby Jindal of Louisiana introduced a 2016 budget proposal on Friday with deep cuts but also some unexpected flexibility on taxes.

The proposed cuts are substantial, coming after years of routine and severe reductions. They would potentially result in the closures of community health care clinics and historic sites. Hospitals partly privatized by Mr. Jindal would get $142 million less than they had sought. Spending on higher education would be lower by $141 million, a further 6 percent reduction after years of cuts.

But officials said the plan would avoid some of the worst-case situations by reworking certain tax credits in a way that would make an additional $526 million available to meet current expenses. This came as a surprise to many, given that Mr. Jindal, a Republican who is widely assumed to be running for president, has been so firm in his opposition to new taxes that even the renewal of taxes already in place has been off limits.

Jindal administration officials insisted that the proposed changes did not constitute a tax increase, because they would simply take some refundable tax credits and turn them into nonrefundable tax credits. “Our guardrails are very clear,” said Kristy H. Nichols, the state’s commissioner of administration, who presented the budget to a legislative committee. “We won’t raise taxes without an offset or a credit.”

Still, while the change would not raise taxes as far as the state was concerned, it could result in a net higher tax burden for businesses when certain local taxes are included. Asked about this, Ms Nichols said she would be open to further changes to the tax structure as long as they did not increase tax revenue. The administration also proposed a complicated arrangement to raise cigarette taxes to pay for a tax credit that families could use to offset a new cost, called “an excellence fee” for students attending colleges and universities. All this left some lawmakers scratching their heads about what exactly was permitted under the governor’s no taxes doctrine.

“I want to get a good definition today of what your administration says a tax is,” said Representative Lance Harris, a Republican.

The dilemma is similar to that faced by governors in other Republican-dominated states where there is stiff aversion to new taxes.

In Alabama on Friday, Gov. Robert Bentley, a Republican, took a different approach in the face of a daunting shortfall. To solve a $700 million deficit, Mr. Bentley outlined $541 million in new tax revenue, achieved by ending some corporate tax deductions and raising taxes on car sales and cigarettes.

Legislative leaders said they would review the plan, but it would likely meet fierce resistance. Just last week, the state Republican Party urged the governor not to resort to tax increases. One Republican state senator put up a billboard vowing to fight any tax increase.

A fight is very likely in the Louisiana Legislature as well. Many lawmakers, of both parties, believe that more ambitious changes are needed in the state’s generous and expensive distribution of tax credits and exemptions. At the same time, significant pressure is expected from business groups against the proposed tax credit changes.

“If you’re a legislator right now you’re in a very tough spot,” said Jan Moller, director of the liberal-leaning Louisiana Budget Project, who nevertheless had positive words for the administration for “opening up the Pandora’s box of tax exemptions.”

That tough spot is what worries F. King Alexander, the president and chancellor of Louisiana State University.

While he called the current proposal “a bad budget for higher education,” he said the situation would be devastating if the Legislature were to turn down the tax credit changes and fix the deficit on cuts alone. In that case, Mr. Alexander said, thousands of classes would have to be canceled, the state’s sole dentistry school and as many as half of the agriculture centers would have to close.

“Just to get people to wake up,” he said in a kind of gallows humor, “we’re going to take the S out of the middle of L.S.U. on the football helmets.”