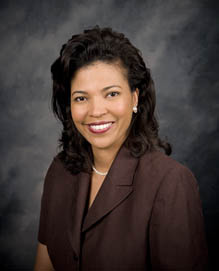 “Kim Hunter Reed is a talented, hard-working employee, and I thank her for her years of service under my administration,” said Governor Blanco. “She has been a valuable member of my team, and she goes to the University of Louisiana System with my highest commendations. The Board has made an outstanding decision. I know that her expertise will serve our higher education community well.”

Dr. Reed, who will officially start at the end of July, returns to higher education after a three-year stint in the Office of the Governor, including service as the Director of Policy and Planning. Among her many responsibilities, she managed the areas of communications, policy, and legislative affairs; developed and directed the Governor’s legislative package and served as a member of her senior advisory team. She is the Governor’s team leader on Louisiana’s nationally-recognized juvenile justice reform efforts.

“Kim has been sought after by many for her diverse talents, leadership, and experience,” said UL System President Sally Clausen. “We are honored that she chose the University of Louisiana System for the next stage of her career.”

Her higher education experience includes working for the Louisiana Board of Regents as Deputy Commissioner for Public Affairs and at Southeastern Louisiana University as an Executive Assistant to the President and Interim Vice President for Student Affairs.

“I am looking forward to getting back into higher education and working with the campuses in this system as we harness our new resources to accelerate student access and success. It is an honor to be a part of such an outstanding system led by Dr. Sally Clausen,” Reed said.

A native of Lake Charles, Reed holds a doctoral degree from Southern University in public policy with a concentration in higher education policy, a master’s degree in public administration and a bachelor’s degree in broadcast journalism from Louisiana State University.