Baton Rouge, La. – The Board of Supervisors for the University of Louisiana System could select a new president for Nicholls State University on Tuesday following back-to-back public interviews of finalists Mirta M. Martin and Bruce T. Murphy.

WHAT:        Special UL System Board Meeting to Interview Finalists and Select the President of Nicholls State University

ACCESS:   The meeting is open to the public and will be webcast live at http://streaming.louisiana.gov (viewers will need to register to access the feed).

A 16-member search committee comprised of both board members and campus and community representatives selected Martin and Murphy out of a pool of six semifinalists who went through extensive interviews and constituent meetings on the Thibodaux campus last week.

Video of both Martin’s and Murphy’s semifinalist interviews on campus last week can be viewed at www.youtube.com/ulsystem.  To access more information about the search including the meeting agenda and candidates’ applications, visit www.ulsystem.edu/NichollsSearch. 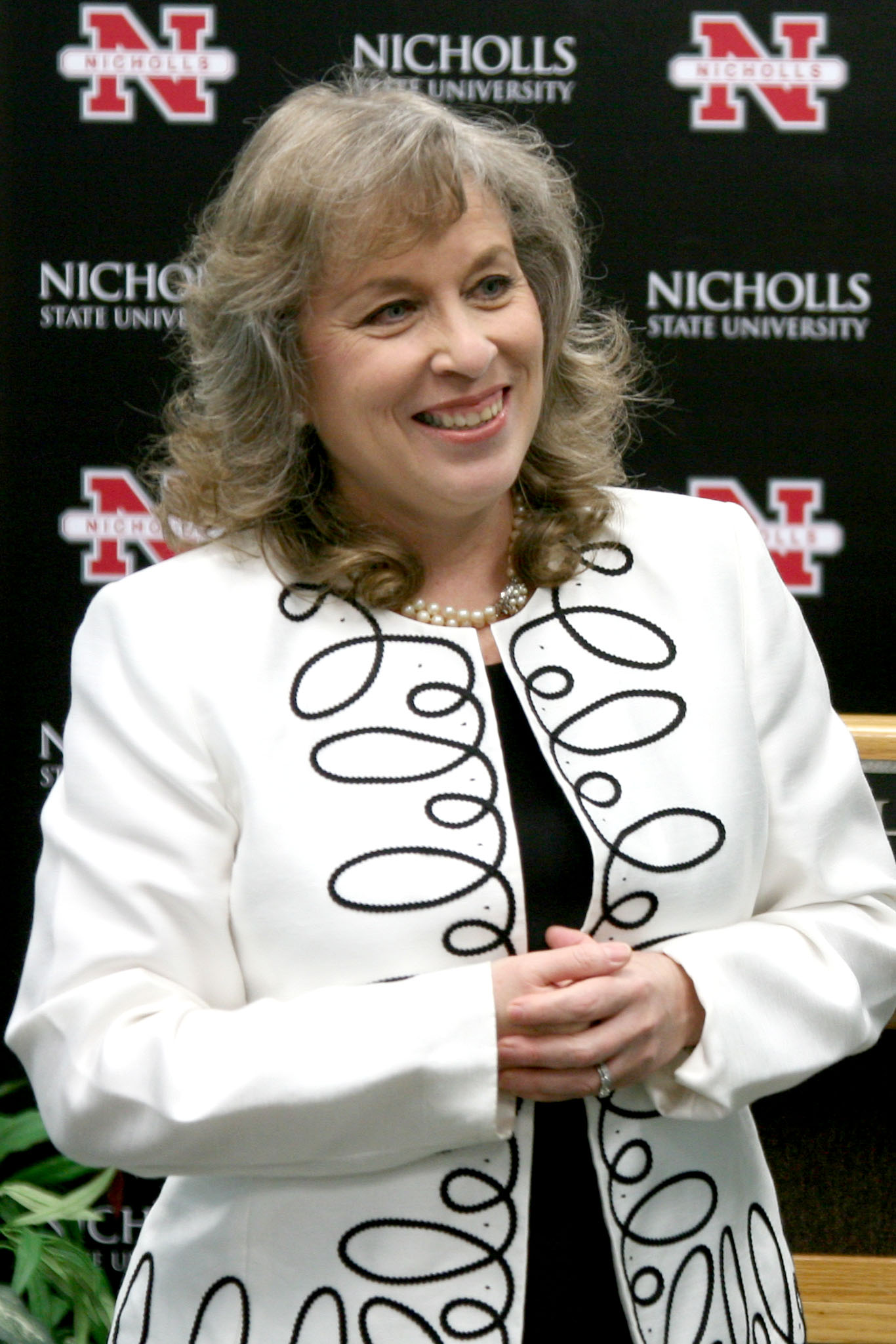 Mirta M. Martin serves as Dean and Professor of Management at the Reginald F. Lewis School of Business at Virginia State University.  Her prior experience includes positions as Special Assistant to the Chancellor of Virginia College System as well as Executive Vice President and Executive Director of the Foundation for John Tyler Community College.  She also has several years of experience in enrollment management, management consulting and banking.

Martin received a Bachelor of Science from Duke University and a Master of Business Administration from Robins School of Business at the University of Richmond.  She holds a Doctorate in Strategic Management/Leadership from Virginia Commonwealth University.

During her interview with the search committee last week, Martin said her corporate finance background gives her an edge in dealing with the budgetary challenges facing Nicholls.  She also stressed the importance of being accessible on campus.

“My background is an asset.  I am very comfortable in the classroom as well as the board room,” said Martin.  “I don’t consider myself a workaholic, but I work a 100-hour week.  I de-stress by walking the halls and talking with students.” 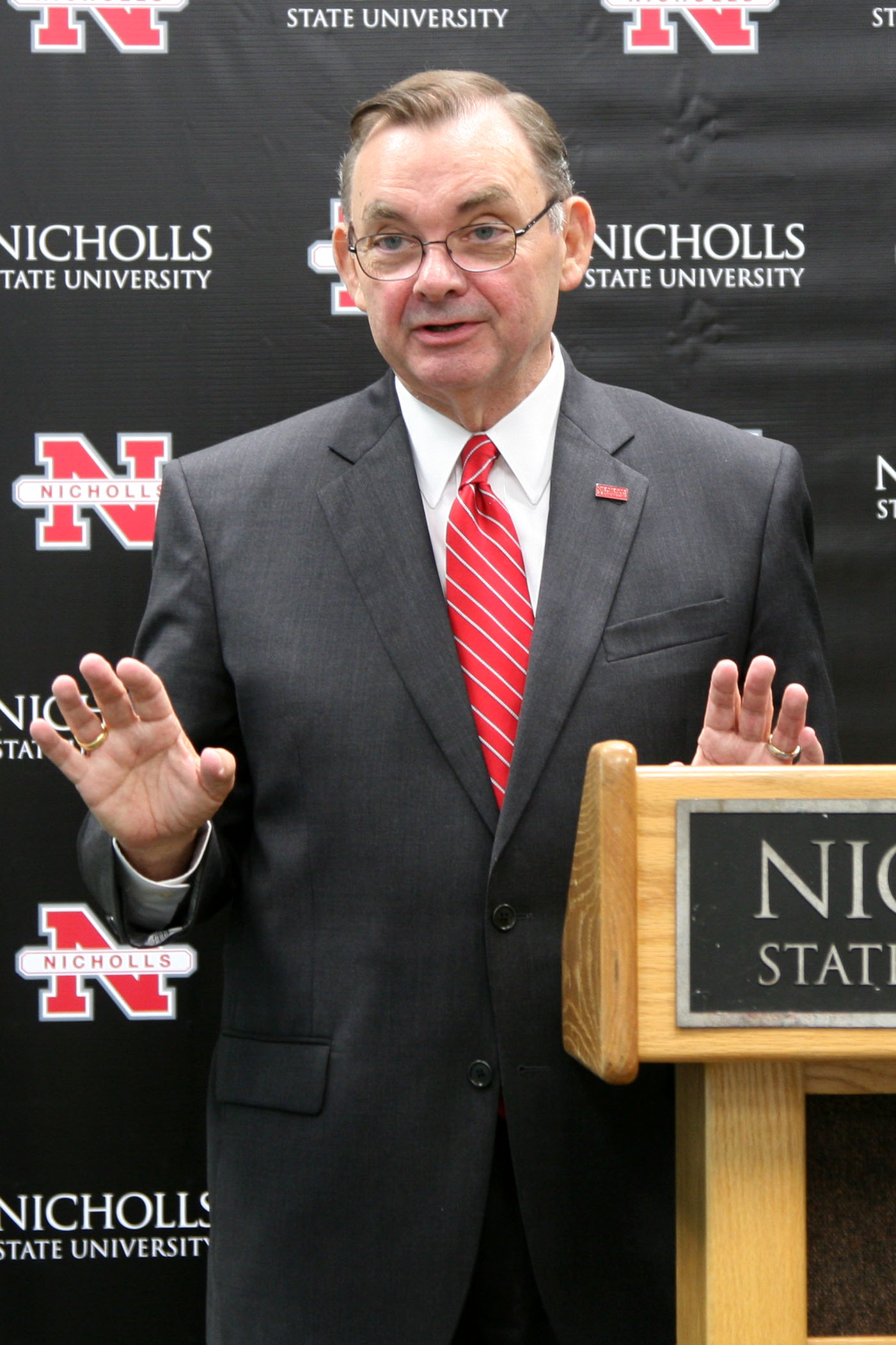 Finalist Bruce T. Murphy
Bruce T. Murphy has been Vice President for Academic Affairs at Air University in Alabama for the past eight years.  In prior years, he was Founding Dean of the School of Business at Point Park University in Pittsburgh.  He was also Founding Director of the Graduate Program in Organizational Leadership and Chair of the Walker School of Business at Mercyhurst College in Pennsylvania.  He taught military science at Vanderbilt University and leadership at the U.S. Military Academy at West Point.  Altogether, he spent 21 years in military service.

During his interview with the search committee last week, Murphy stressed the importance of providing opportunities for students.

“Anyone that calls itself a university has to provide a universe of opportunities,” said Murphy.  “My first priority is student opportunity and success, and that comes in many forms.  The more successful students are the ones involved in activities.  I guarantee you won’t remember the name of the president, you may remember one or two faculty, but you will remember those student activities.”

Nicholls President Stephen T. Hulbert, who led the university for a decade, formally retired from the university on Aug. 1.  His second in command, Lawrence W. Howell, currently serves as the Interim President.

Founded in 1948, Nicholls State University is classified by Carnegie as a Master’s Medium University and by the Southern Regional Education Board as a 4-Year IV institution.