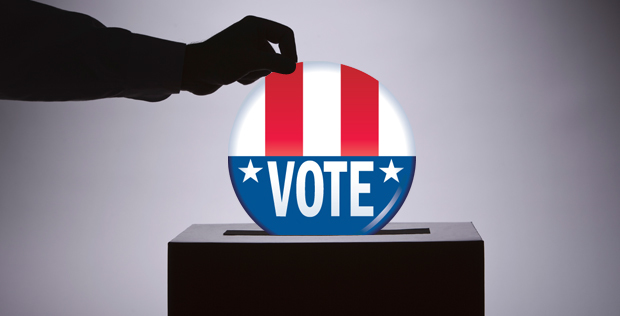 Included in Louisiana’s slate of six constitutional amendments on the Nov. 8 ballot is Constitutional Amendment No. 2 which, if passed, will return tuition authority from the state’s Legislature to the state’s higher education systems’ governing boards.

Louisiana is the only state in the nation that requires a 2/3 vote of the legislature to adjust tuition—only one other state requires legislative approval at all. States with legislative control over tuition are consistently funding public higher education the least with Louisiana being ranked 49th for state support nationally.

Louisiana’s higher education leaders have to compete in an ever-changing market and are being controlled by the political process. In fact, competing universities in adjacent states have the freedom to adjust tuition based on market demands.

If passed, the UL System Board will be charged with governing tuition and fees for its nine universities throughout the state.

Ballot text: Do you support an amendment to authorize the postsecondary education management boards to establish the tuition and mandatory fee amounts charged by institutions under their supervision and management, without legislative approval?


UL SYSTEM BOARD AND CAMPUS PRESIDENTS MEET WITH MAYORS

presidents and community mayors to discuss potential partnerships and some that are already in place.

“Collaboration among our universities and local leaders is imperative for both the campus and its home community,” Martin said. “Our universities are economic drivers and this meeting was designed to strengthen those relationships and discuss how each campus partners with its community.”

The UL System Board unanimously approved a proposal for a Doctor of Education in Adult Learning and Leadership at Northwestern State University. This Ed.D. will be the only advanced degree program in Louisiana that focuses on the needs of developing community college leaders and

preparing practitioners to work with adult learners and workforce development.  Projections released by the Louisiana Workforce Commission indicate that during the next 10 years an additional 12,000 postsecondary completers will be needed each year to meet Louisiana’s demand of new Tier One jobs. This practice-based program will produce faculty and educational leaders who will be essential to meeting our state’s shortage through workforce development and the educational attainment of adults in Louisiana.

This proposal will go before the Board of Regents to receive final approval.

LA Tech: approval to enter into a Facilities Lease Agreement with the Louisiana Tech University Foundation, Inc. to replace the field lighting system at Joe Aillet Stadium.
LA Tech: approval to accept a donation of certain property in connection with the development, construction, renovation and equipping of student housing facilities, and the development of new parking improvements on the campus of the University.
LA Tech: approval to demolish Pearce Hall located on the University Campus.
LA Tech: approval to allow certain properties located at the South Campus Tract to be nominated to the State Mineral Board for mineral lease.
Northwestern: approval of a Letter of Intent agreement with Housing Partnership II LTD, a Texas Limited partnership, by Housing Corp. II, its general partner (Campus Living Villages), along with an amendment.
UL Lafayette: approval to enter into a Cooperative Endeavor Agreement with Crown Bioscience North Carolina, Inc. related to nonhuman primate research.
LA Tech: update and amend approval of the Facilities Lease with the Louisiana Tech University Foundation, Inc. for the property described as the Press Box and Sky Box at Joe Aillet Stadium.
Nicholls: approval to petition the State Interim Emergency Board to provide the necessary funds for repairs needed on the exterior façade at Ellender Library.
UL Lafayette: approval to update the financing method and construction cost of additions and renovations to M.L. Tigue Moore Baseball Stadium utilizing Ragin’ Cajun Facilities, Inc.