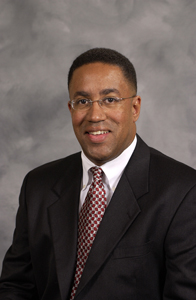 The Millennium Initiative is designed to identify and prepare the next generation of American college and university presidents and chancellors. An initiative of AASCU’s African American presidents and chancellors, the program focuses on persons who are traditionally underrepresented in top leadership roles. Only senior administrators at the level of college dean or above were eligible to apply. They had to be nominated by an AASCU campus CEO.

The initiative has achieved success. Of the 152 graduates since 1999, nearly a third has advanced significantly in their careers, and 17 are now presidents and chancellors, many at AASCU institutions.

“We are immensely proud to have two people from the UL System selected as Millennium protégés. Developing strong leaders – particularly among underrepresented groups — is one of the most important things we can do to ensure the continued progress of our colleges and universities,” UL System President Sally Clausen said. “Drs. Blanchard and Brumfield are great assets to the Louisiana higher education community. We will all benefit from their experiences.”

Blanchard, a native of Lake Charles, serves as UL System Vice President for Accreditation, Leadership and Accountability. He has led the System’s efforts to achieve accreditation success for its institutions and coordinated the successful reaffirmation of accreditation last year at Grambling State University. Prior to beginning his role with the System, he served as an associate professor and associate dean in the College of Education at Xavier University of Louisiana. He holds a B.S. degree in Speech Pathology Education from Xavier, a M.Ed. degree in Educational Administration and Supervision from McNeese State University and a Ph.D. in Educational Psychology from the University of Georgia. 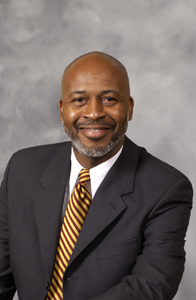 The MLI Institute is a four-day leadership development experience that provides participants a targeted, intensive curriculum; access to nationally recognized presidential faculty; a nearly one-to-one ratio of faculty to participants; a self-assessed and advisor-guided professional development plan; a strong network of committed presidents and chancellors; and opportunities to sharpen skills and develop growth opportunities. In addition to the professional development sessions, a mentoring program introduces participants to mentors who are current or former presidents and chancellors who provide career guidance as well as serve as advisors and advocates.

AASCU is a higher education association whose membership is comprised of more than 430 colleges, universities and systems of public higher education throughout the United States and its territories.