The University of Louisiana System is excited to share programs, trainings, resources, and lessons learned in creating a coordinated community response to sexual violence with its member institutions. Additionally, participants will gain knowledge about the breadth of Title IX including areas such as gender equity and athletics. 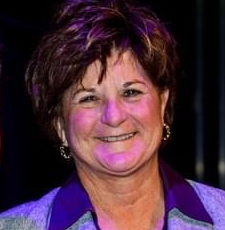 Yvette has been named coach of the year by three separate conferences: the SEC (four times), the Sun Belt (2000), and the Southland (1984, 1985 & 1987), as well as Louisiana Coach of the Year 13 times. Today, many of us take equal opportunities in sports, especially for women, for granted. But for Yvette, who attended Comeaux High School and then USL before Title IX had taken root, the opportunities were slim to none. The only sport available to Yvette was softball. And there were no scholarships offered to the women volleyball players.

You will find the information for your online reservation linked above. The group rate is available until September 4, 2022.

If you have questions or need help with the link, please do not hesitate to ask.

Thank you to our sponsor!