For the first time since the National Collegiate Athletic Association implemented its Academic Progress Rates, all nine UL System athletic programs received clean ratings free of penalty. The APR is a team-based measure that accounts for the eligibility and retention rate of each student athlete. Teams scoring below certain thresholds can face consequences, such as practice restrictions and limits on postseason competition.

“This is an incredible accomplishment for our System and our nine athletic programs,” Interim System President Dan Reneau said. “Our student athletes work hard on the field and in the classroom; our institutions’ APRs reflects that.”

The NCAA began providing APRs in 2003 as an academic reform effort in Division I athletics.

When compared to this time last year, student enrollment in the University of Louisiana System’s nine universities has increased by 1,814 students.

“We continue to face an extremely tough budget situation and I am aware of the hard work it takes each of our campuses to attract students,” Interim System President Dan Reneau said. “I commend each university for its continued efforts to provide consistent educational opportunities for students from Louisiana and beyond.”

The UL System is the largest higher education system in the state.

LAST BOARD MEETING FOR BRAKEVILLE 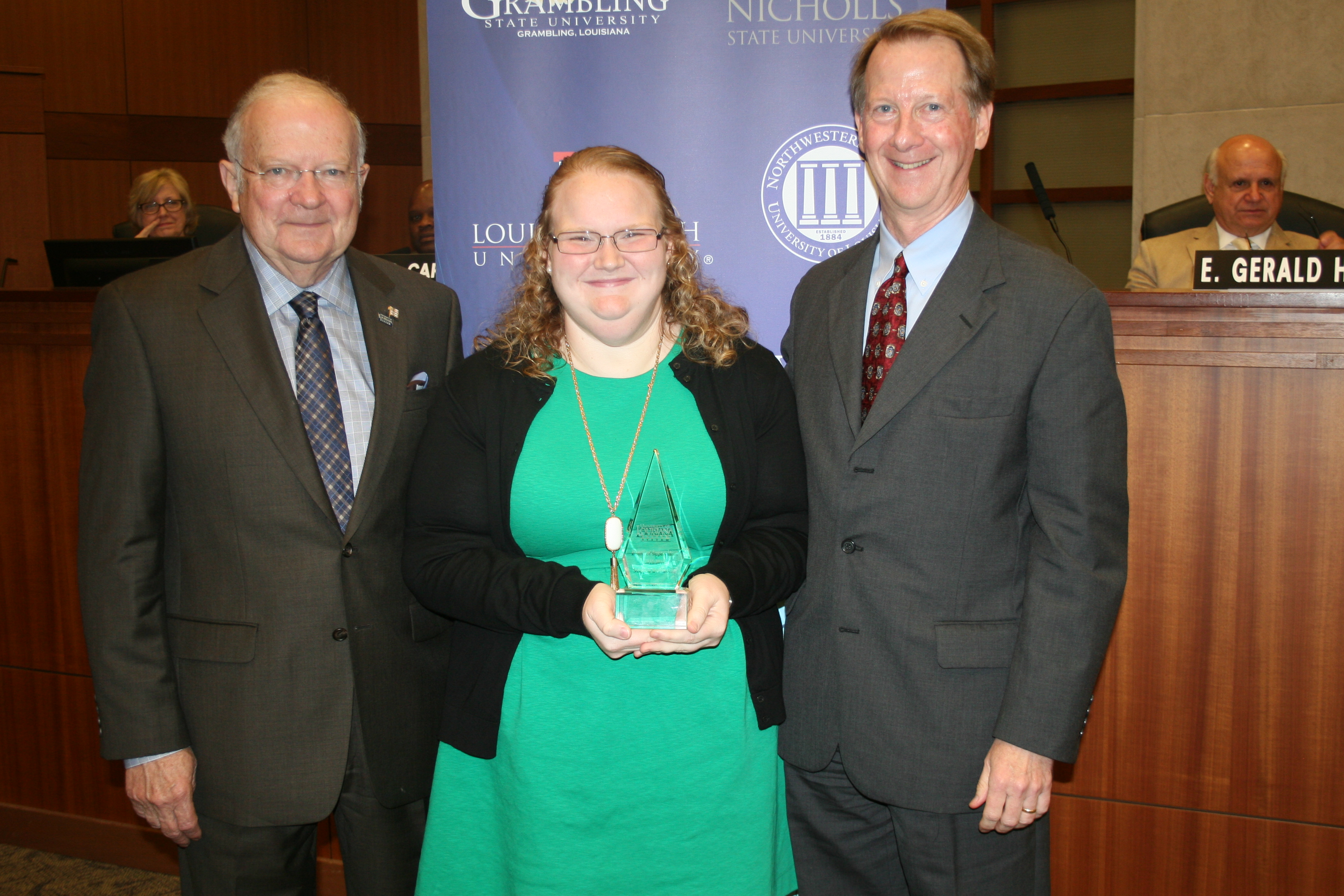 Today marks Student Board Member Maggie Brakeville’s last meeting. For the past year Brakeville served as the student representative on the Board of Supervisors for the University of Louisiana System. She has been a committed Board member. She participated in two campus president searches, stood on the steps of the state capitol to rally for higher education during this year’s First Extraordinary Session and traveled to Washington, D.C. with the Council of Student Body Presidents to meet with Louisiana’s congressional delegation.

She recently completed her second term as Louisiana Tech’s Student Government Association president. Next month she is moving to Washington, D.C. where she will intern with the U.S. Senate Agriculture, Nutrition and Forestry Committee. She is scheduled to graduate with a master’s degree from Louisiana Tech in August.