Bell is Tolling for Higher Education 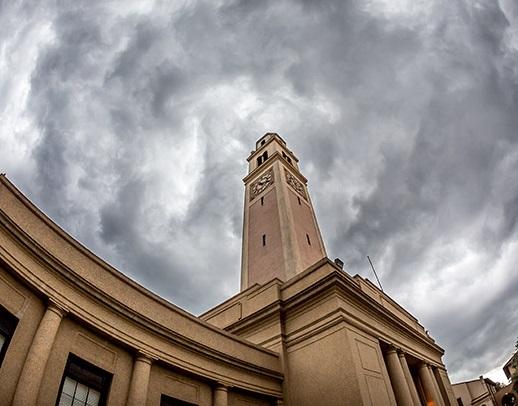 Louisiana’s House Appropriations Committee has been asking every agency to present their worst-case scenario when showing up for budget hearings. Wednesday, the committee got the grim prognosis—full force—from higher education.

Go to Link above to “Listen”

You could almost hear the death knell as Brewer went on to tally the potential effects if no additional funding is forthcoming for the state’s public colleges and universities.

“Reduced program availability; layoffs. You lose your accreditation. Financial exigency or bankruptcy,” Brewer listed. “And of course, the final worst case would be campus closures.”

This potential 82-percent reduction comes on top of higher education losing more than half their state funding over the past seven years. It reduces the “public” contribution to public colleges and universities to just four percent of their total support.

State lawmakers seemed unsurprised at the potential wreckage. Rather, they appeared to be dedicated to making sure the official record reflected the depth of the imminent devastation.

“What else can be cut from higher education?” Baton Rouge Rep. Ted James asked rhetorically.

Southern University System president Ronald Mason answered, “It’s really not possible for us to manage any level of cut this year.”

“I defy anyone—in the business community, anyplace else—to say they could just manage,” Higher Education Commissioner Joseph Rallo said, responding to the oft-stated concept that “colleges should be run more like a business.”

Rallo noted that the mission of higher education institutions is “to teach”, and with 94-percent of their budgets going to fund the salaries of those who do teach students, a cut of this magnitude would make it impossible for colleges to fulfill their mission.

“There is not a system that would be safe under the cuts, right?” Monroe Rep. Katrina Jackson asked.

“No system—no institution—would be safe,” Rallo confirmed, adding if the budget cuts stand, “Several of our institutions would not be viable.”

“We need to make that very clear in this legislative session, that we’re going to save our institutions so that our students have places to go,” Smith said with indignation.

Starting Monday, we’ll discover whether lawmakers can un-ring this bell.