University of Louisiana System Board Chair James Carter is resigning from his System Board service after receiving a gubernatorial appointment to the Board of Commissioners of the Port of New Orleans.

“I am proud to count myself among those who provided positive higher educational guidance to over 91,500 students and 16,500 graduates who matriculate every year,” Carter said in his resignation letter to Governor John Bel Edwards.

Carter, initially appointed to the System board in August 2015, has served faithfully as a board member and in leadership roles as parliamentarian, vice chair and chair.

“For more than six years, our System and its nine member institutions have benefited from James Carter’s transformational leadership,” System President and CEO Jim Henderson said. “His influence will remain for years to come. Through seven presidential searches, he has thoughtfully evaluated candidates to choose leaders who can guide our state into a brighter future; his unwavering focus on systemic excellence and his passion for inclusion inspired the System’s Reginald F. Lewis Educational Equity Initiative; and his steady guidance has been instrumental in ensuring the health and safety of our university communities during a global pandemic. We are so appreciative of the time and energy Chair Carter has sacrificed on behalf of Louisiana’s students and wish him well as he continues to serve this great state.” 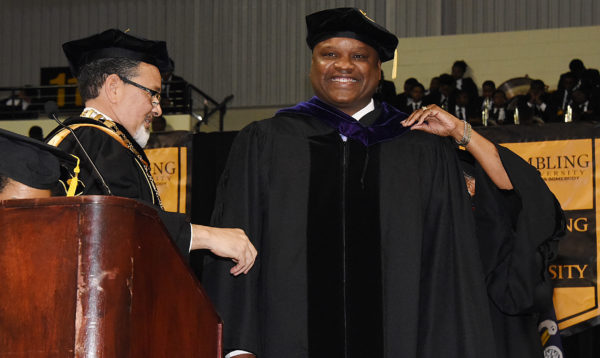