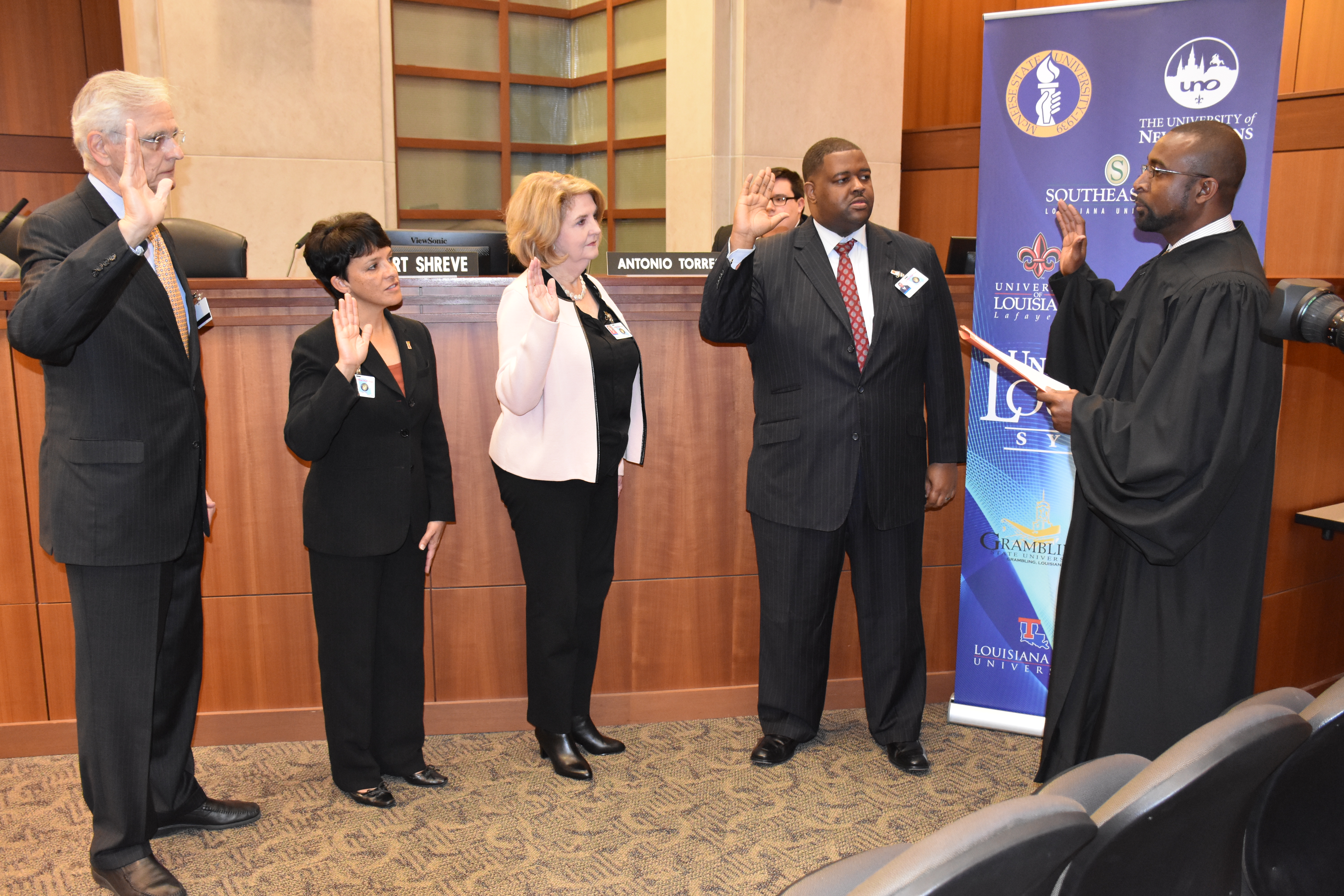 Governor John Bel Edwards named four members to the Board of Supervisors of the University of Louisiana System.

NEW SYSTEM BOARD OFFICERS SWORN IN 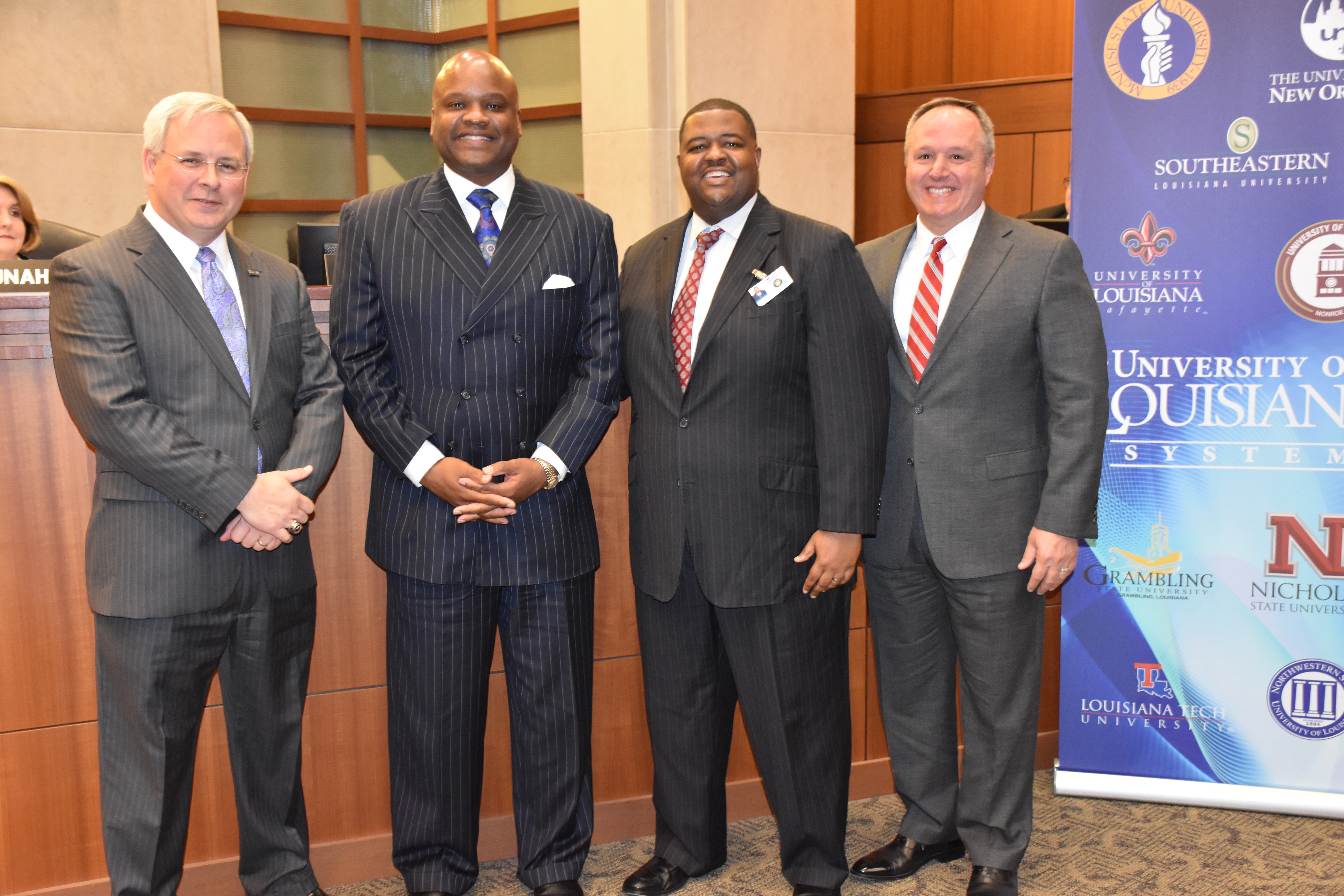 The University of Louisiana System’s new slate of officers, Board Chair Al Perkins, Vice Chair Mark Romero and Parliamentarian James Carter, took the oath of office to serve the Board for the next year.

“I am honored that the Board has entrusted me with the chairmanship,” Perkins said. “I look forward to working with Dr. Henderson to meet the challenges in the upcoming year while advancing the mission of the Universities of Louisiana.”

The Board elected its new officers at the December meeting. 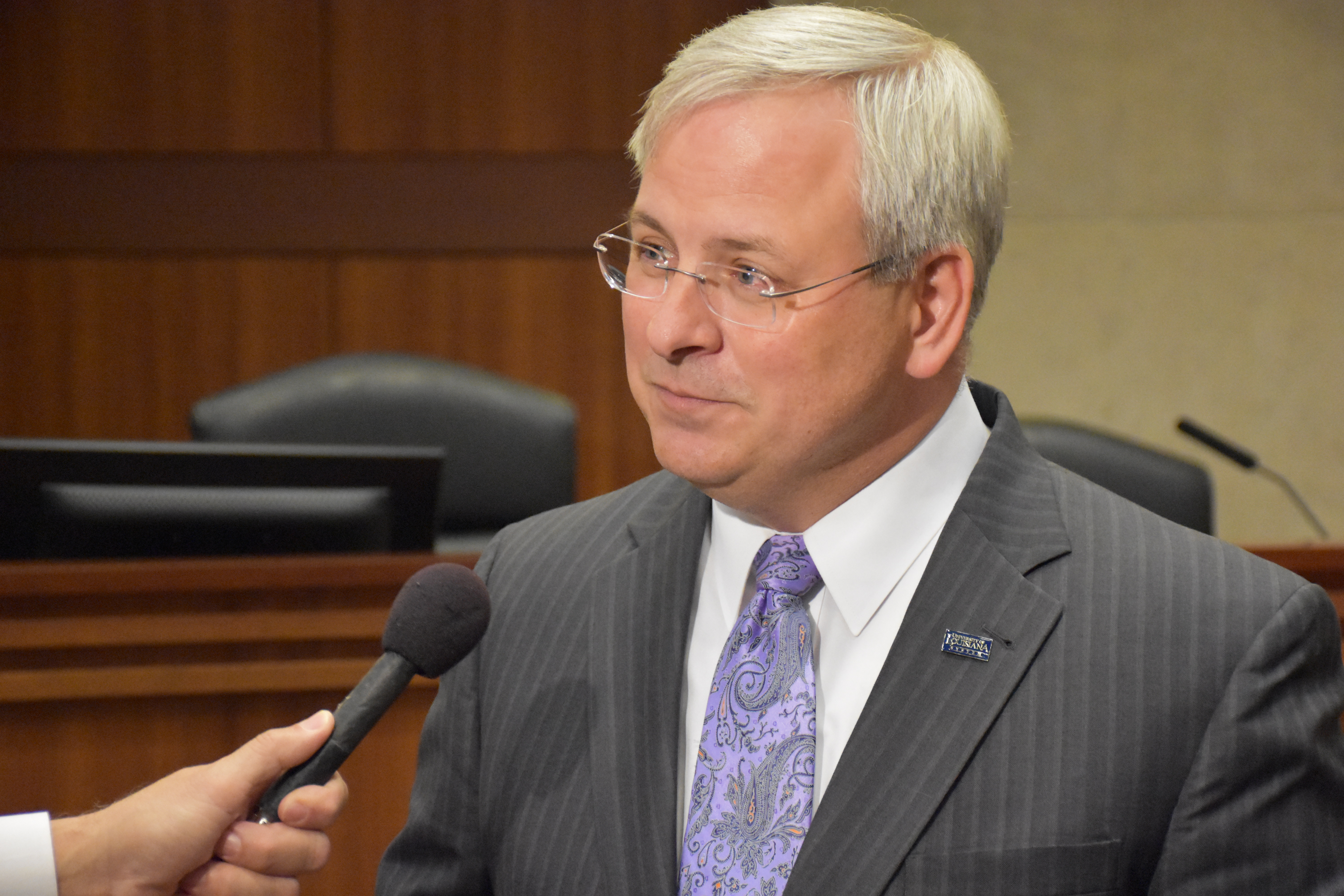 UL System President Jim Henderson interviewed after the Board meeting.

While System President Jim Henderson officially began his new role Jan. 1, today was his first Board meeting as president.

“Our Board coming together for a meeting that included swearing in four enthusiastic Board members and a new slate of officers is a positive way for our System to start the new year,” Henderson said. “Our opportunities among the Universities of Louisiana are vast. More than ever before, quality of life and economic empowerment are dependent upon educational attainment. I look forward to meeting the challenges ahead of us on behalf of the 90,439 students we serve.”

The System hopes to have new leadership in place at both universities by July 1.